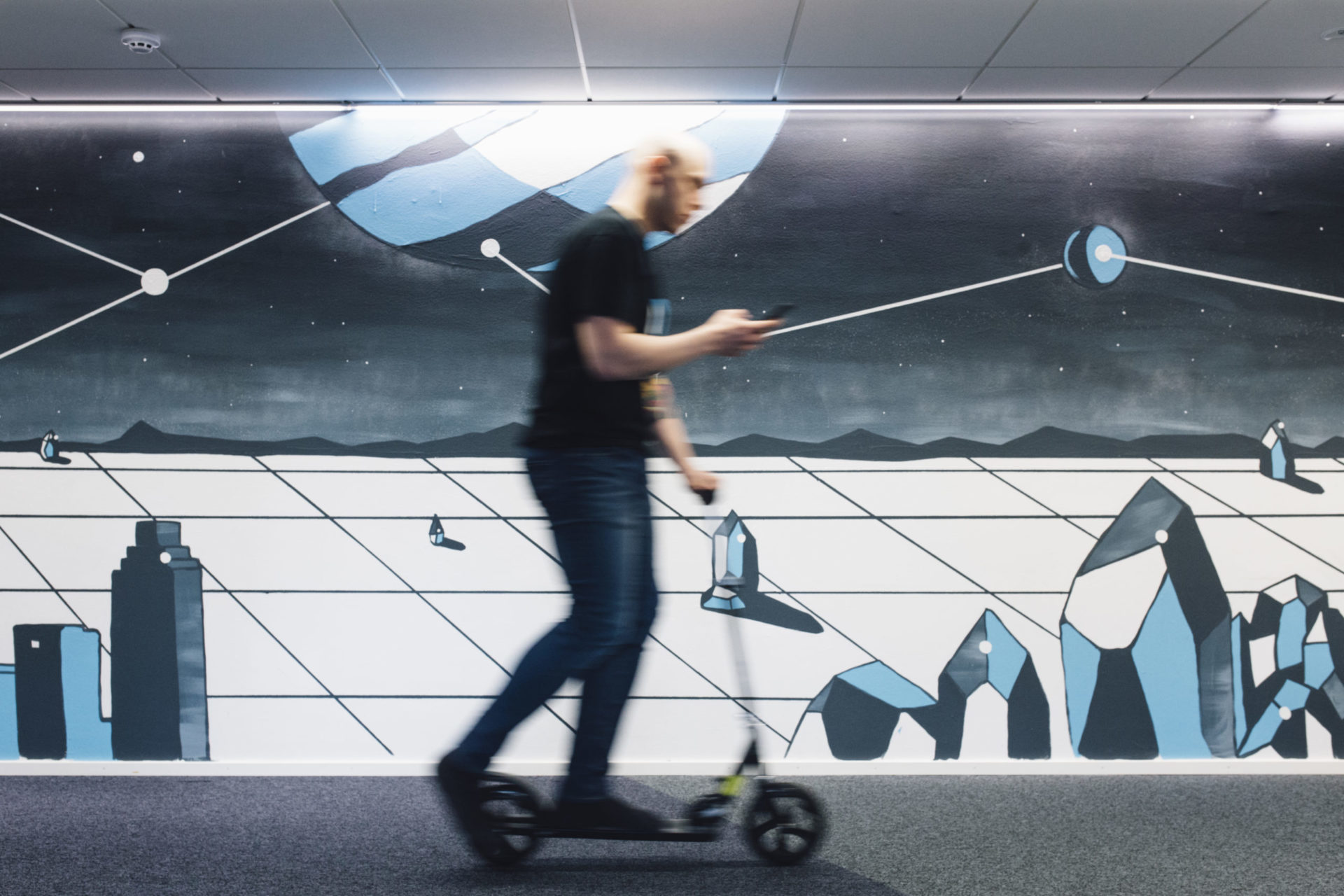 Karl Ots joined us in order to grow our cloud consulting unit. He came from Microsoft, where he’s been working on Azure since 2011 and with a similar role. He is one of those rare people who can consult on cloud’s impact on both business and technical level. Karl is responsible for the following products:

Even though we’ve delivered consulting services before, we’ve done them in an ‘ad hoc’ manner. With the birth of the cloud consulting unit we’ve defined the consulting products as part of our offering’s lifecycle. In practice our consulting products transform very naturally into development and continuous services, of which we already have over 5 years of experience on Azure.

And then some hard lessons concerning Leanvisio.

We evaluated company direction many times during the year, especially when recruiting. During the year we kept recruiting developers, because that supported our project business growth. However, at the same time we realized that Leanvisio’s success was not about developers anymore, rather it was about marketing, sales and customer onramping functions.

This brutal dilemma kept repeating, and we came to the realization that our kind of growing software house is not able to focus on two different businesses so that both of those would grow at the rate required. Only through hindsight did we see how much we’d need help in launching a product meant for company-wide resource planning.

Following this realization we decided to focus on growing our project business, and have for now quit driving Leanvisio forward. Especially since Finland’s market is too small, and we’d need to launch the product in USA, and that’s an impossible dream without substantial effort.

The silver lining here is that we were quite painlessly able to transfer Leanvisio’s intuitive hour tracking feature to Microsoft’s Visual Studio Team Services. Once that service matures just a little bit more, it might even make sense to offer it through Microsoft store.

If we’re lucky, this story helps someone else besides us as well.

We moved from Forum to Kamppi (Olavinkatu 1 B), next to Teerenpeli, due to the old site getting too crowded. We’re doing “interior design”, but for now we’ve only received our new flipper, screens and some VR/AR stuff in the form of HoloLenses and HTC Vives. Welcome for a cup of joe anytime!

We’ve been visible in the Microsoft community:

With the main man Microsoft we’ve enhanced our co-operation through several new long-term relationships. Most visible of these are the Cloud Development Programme, containing only 16 companies in Scandinavia, and Partner Seller- and Certified Trainer-programs, through which we’re receiving valuable visibility and business capabilities.

We’re satisfied with the figures; the profit grew, even though we hired 9 new experts (appr. +40 % personnel). It could be stated that we’re over the well-known hump in a young company’s journey, where a single recruitment is a disproportionately large risk due to the effect on the cash reserves.

In a week we’ll publish a blog post about the goals for 2017 – check that out as well!